The “Collateral Damage” of Cancer Treatment

I’m going to tell you a story about sea anemones, and I swear it has a point. Please bear with me.

During my cancer treatment, Bear got us a 5 gallon saltwater aquarium. One of the inhabitants was a beautiful sea anemone, which I paid $25 for, but turned out to be a more rare rainbow bubble tip anemone worth around $75. Yes, I know, I basically won the lottery — try to contain your envy.

A fun fact about anemones is that they reproduce by splitting in half (like cells, come to think of it). One day during dinner, I saw that my one anemone was now two. And when we moved in July, one of them split again, and suddenly we had three. Each time this happened, I was thrilled. They are beautiful and fascinating and are a safe haven for our clown fish, Lucy.

Recently I had a dream that I woke up one morning to discover that my three anemones had split into five.

I often get messages in dreams, and this one felt like a sign of good things to come. I had an overwhelming sense that I would be in the right place at the right time. And over the last month or so, that’s come to fruition: I’ve gotten just the right information at the exact time I needed it. I went to a quiet retreat for cancer survivors in Sonoma, and a conference for breast cancer in Texas. And when I got home from Texas, I found four anemones instead of three.

The truth is, I have been quiet because I have been struggling. I have been struggling with the things most cancer “survivors” struggle with: figuring out how to live life after cancer with a host of side effects and some semblance of self-care and balance. Reducing my stress level is necessary for my continued health, and since I went back to work full-time, I haven’t been able to figure out how to achieve that balance.

Despite my boss’ effort to give me a single project rather than all of my responsibilities as a Marketing Director back, I still struggle with anxiety, confusion, lack of focus and an inability to organize. These are all symptoms of chemo brain, which is a documented disability. I have been to a neurologist, a psychiatrist, acupuncture, and a nutritionist. I exercise daily and I eat well (well, except for the Girl Scout cookies – thank God cookie season is over).

Yesterday I stood in an airport parking lot, unable to figure out how to get to my car. It was on the other side of a fence, a half level above me. I could *see* it, but couldn’t figure out how to get to it. Finally I decided I should take the elevator up another floor and walk down. On my way to the elevator, I saw that all I needed to do was turn the corner to get to my car, which would likely have been obvious to pretty much anyone else. . . These sorts of lapses might seem like the “brain farts” we all have, but when they happen all the time, they are straight-up disabling. Imagine trying to do something and forgetting what you’re doing mid-task, repeatedly. . . One of the most frustrating parts is knowing that whatever is confusing you is probably totally obvious, but you just can’t seem to figure it out. This “chemo brain” is one of the many issues cancer survivors have post-treatment, and are basically left to figure out on their own. . . There is no framework for cancer survivorship. We know the framework for treatment in most cases, but the emotional, mental, and spiritual side of cancer is often ignored. . . I realized recently that I need to do some work on this, and I need to force my healthcare providers to do some work too. They keep treating the symptoms instead of the cause – going as far as suggesting two types of anti-anxiety medications and a stimulant, all at the same time (and on top of the insane number of pills with side effects I’m already on). This is like putting a bandaid on a bullet hole. . . I’ve decided to make my own framework. The book @radicalremission has nine things to change about your life to survive cancer – and because I’ve got nowhere else to start, I’m starting here. . . #cancer #chemo #chemobrain #breastcancer #youngsurvivalcoalition #breastcancerawareness

The truth is, the system is broken when it comes to “survivorship.” When you’re done with active treatment, they give you a couple of weeks to get over your exhaustion (ha!), then send you straight back to the workforce. And the truth is, it’s too soon. Our brains are never given an opportunity to heal. We spend a year pumping people full of drugs, surgically taking apart their bodies, flipping their lives upside-down, and then send them back to their former lives, saying, “good luck out there. You need money and you need to work to get it.”

The past month has marked a shift in the way I think about myself and my cancer experience. First off, it’s okay to not be okay. And secondly, it’s okay to take some time to slow down and figure out what you need to do next.

During the first weekend in March, I went on a retreat where I felt introspective, stuck, and a bit depressed. I was fed up with how I was feeling physically and mentally, and frustrated with my constant exhaustion and confusion. Luckily, I was in the right place: essentially a cocoon of safety, guarded over by four mama hens. I desperately needed to recharge and figure out how to care for myself. The retreat was called Mending Under the Moon, and that’s exactly what it felt like.

Then the next weekend (because apparently I’m a cancer party animal), I flew to Texas alone for the Young Survival Coalition Summit, and returned with over a hundred new friends — and a fire in my belly. I signed up for a 200 mile bike ride in October with my new breast friend (ha ha), Tara. (Side note: cancer didn’t kill me and I’m hoping this ride doesn’t, either.)

Being in a room with over 700 women who’ve been through your exact same trauma is pretty incredible. The entire conference was focused on “the collateral damage of cancer,” including (but not limited to) trouble with memory, concentration, and confusion; fatigue; financial strain; anxiety, depression, and PTSD; neuropathy (tingling or numbness in your extremities); sexual problems; lymphedema (swelling of extremities due to having lymph nodes removed). I don’t have all of these issues, but I have quite a few, and learning that I wasn’t alone was incredibly validating.

I realized that I’ve spent the last six months under a rock, trying to wrap my head around what’s happened to me, and what I really needed was help. I needed a community that understood what I’ve been through, and to take advantage of the resources that are out there for me.

I am done trying to manage my life until I can’t do it anymore.  When I returned from Austin, I started calling all of my doctors. “I need help,” I said. “I have cognitive problems and I need someone to help me figure out what’s wrong.” The oncologist told me to talk to the psychiatrist. The psychiatrist said she would help me, but that she wanted me to try two types of anti-anxiety meds and a stimulant at the same time. The neurologist told me to talk to my primary care doctor, who told me to talk to my oncologist. Finally, I saw my breast surgeon for my semi-annual checkup (still no cancer, yay!), and her reaction was exactly what I was looking for. “This is not okay,” she said. “I will figure out how to help you.”

And she did. I ended up with a new oncologist and time off work to figure out how to improve my issues. We are starting by taking a “drug holiday” (weirdest term ever – this is a pretty crap vacay, if you ask me!) from the intense drugs I’m on to prevent reoccurrence, which have severe side effects.

The relief I feel is downright incredible. My issues aren’t solved at all — it takes awhile for the meds to wear off — but I’m really hopeful that getting these out of my system and starting on something different is a step in the right direction.

And in the meantime, I’m keeping my eyes out for my fifth anemone! 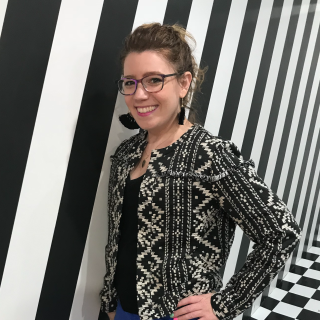